We use our own and third-party cookies to collect information to improve our services and to analyze your browsing habits. If you continue browsing, it implies acceptance of their installation. You can configure your browser to prevent its installation.

These cookies are strictly necessary for the operation of the page, you can deactivate them by changing your browser settings but you will not be able to use the page normally.

These cookies provide necessary information to applications of the website itself or integrated by third parties, if you disable them you may find some problems in the operation of the page.

These cookies are used to analyze the traffic and behavior of customers on the site, help us understand and understand how you interact with the site in order to improve performance.

These cookies can be from the site itself or from third parties, they help us to create a profile of your interests and to offer you advertising aimed at your preferences and interests.

The user is informed that he has the possibility to configure his browser so that he is informed of the reception of cookies, being able, if he wishes, to prevent them from being installed on his hard disk.

Below we provide the links of various browsers, through which you can make such settings: 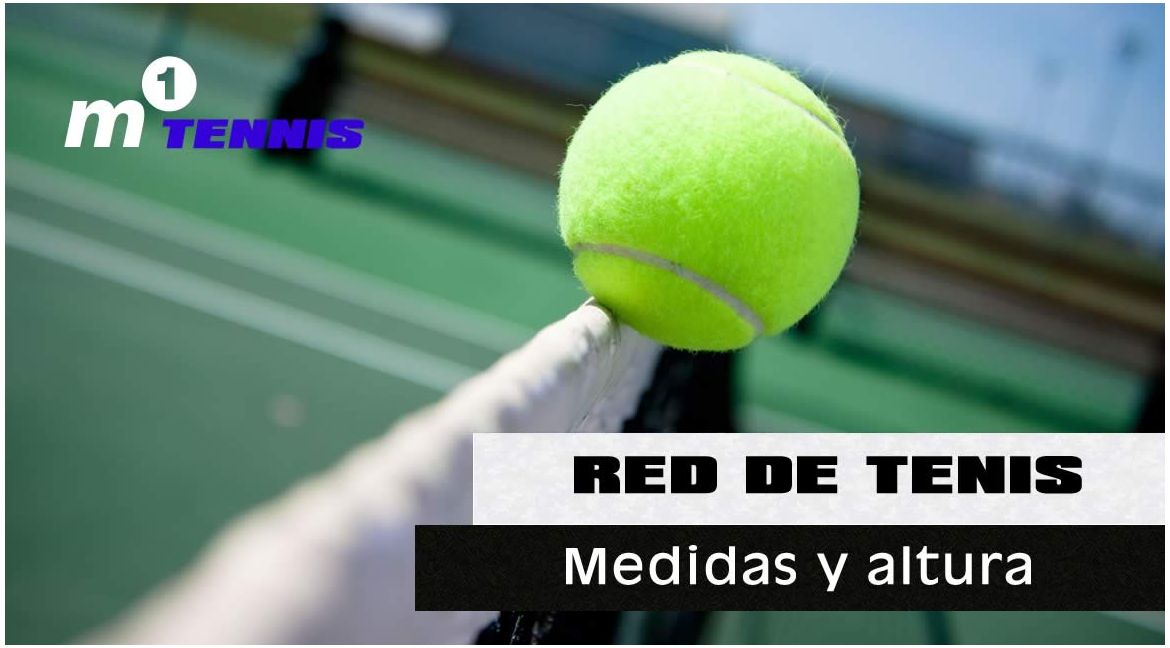 Everything you need to know about the tennis net.

What is the height of a tennis net?

A tennis net is supported by tennis singles poles, which should be 1.07m high. The net must be fully extended between the two poles and the holes in the net must be small enough so that the tennis ball cannot pass between them. The height of the tennis net in the centre should be 0.941m, where it will be supported by a band covering the rope or wire rope at the top of the net which should be entirely white in colour.

For beginning players who are starting tennis they are assigned a "red" court, with a height between 0.800 and 0.843 metres high.

For starting players who are in the middle stage, they are assigned an "orange" court, with a height between 0.800 and 0.914 metres high.

The net should be fully extended so that it occupies the entire surface between the two posts,

extending to a length of 12.80m for the double net and 10.06m for the single net. The tennis net shall not be fully stretched.

The diameter of the wire should be 8mm and the width of the headband should be a maximum of 5cm. 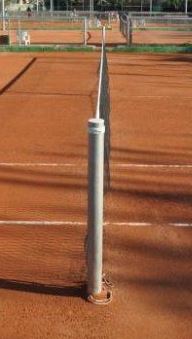 The headband should be between 5cm and 6.65cm wide on each side. And in doubles matches the tennis poles should be located at a distance of 0.914m outside each side of the doubles line.

Many people don't know that for tournaments or fairly important matches, the nets vary in their placement depending on the type of match, being either singles or doubles.

When there are matches where the court is shared with doubles matches, a double net is used which will be placed at a height of 1.07 metres. In a singles match with this net, "singles sticks" shall be held at a distance of 0.914m from the singles lines, which shall not have a diameter greater than 7.5cm.